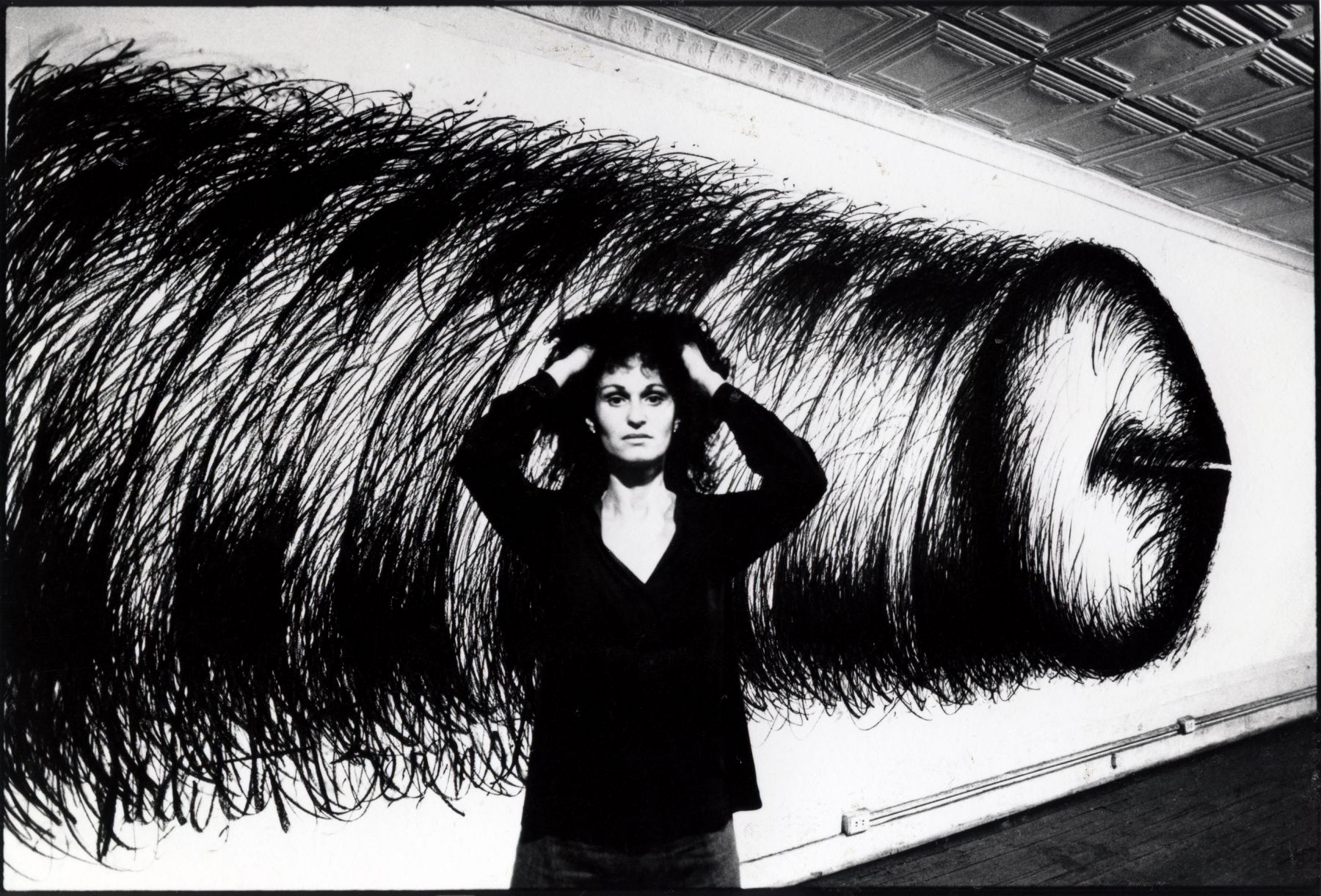 Venus Over Manhattan is pleased to present an online viewing room of work by Judith Bernstein. Comprising an important and historic group of works on paper, the presentation will be on view from May 11 - June 11, 2020. As a lifelong activist, Bernstein’s work has long worked to confront sexual and political disparities and injustices. After receiving her M.F.A. from the Yale University School of Art, Bernstein moved to New York, where she helped to found A.I.R. Gallery, the first gallery in the United States to be cooperatively owned and operated by women. She has also been involved with the Guerrilla Girls, a group of radical feminist artists dedicated to fighting sexism and racism in the art world, since the group’s founding in 1985. Shortly after arriving in New York, Bernstein developed a signature style that was both confrontational and instantly recognizable: her work routinely featured large, charcoal renderings of black and white screws, suggesting mechanized phalluses. Her first first solo exhibition comprised monumental drawings of these screws, notable for their scale and her energetic handling of charcoal. This presentation focuses on Bernstein’s mastery of charcoal, a notably fugitive material that can be uniquely difficult to control. It features a pair of Bernstein’s earliest screw drawings from the first moments of her career, as well as a later drawing that showcases her recent use of similar imagery. The presentation also includes two large-scale “word drawings,” in which the words “Female” and “Yes” are scrawled with vigorous charcoal marks. 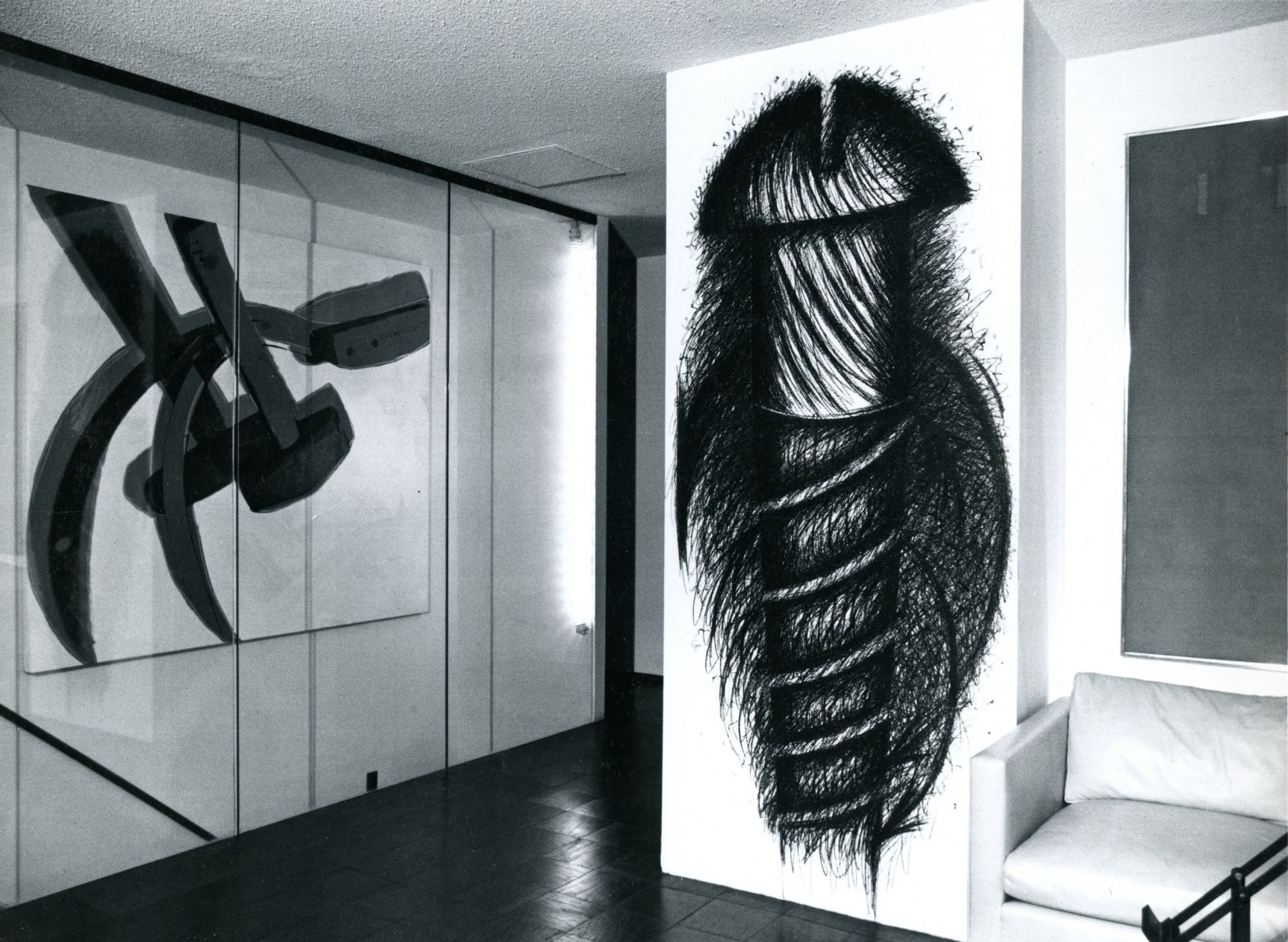 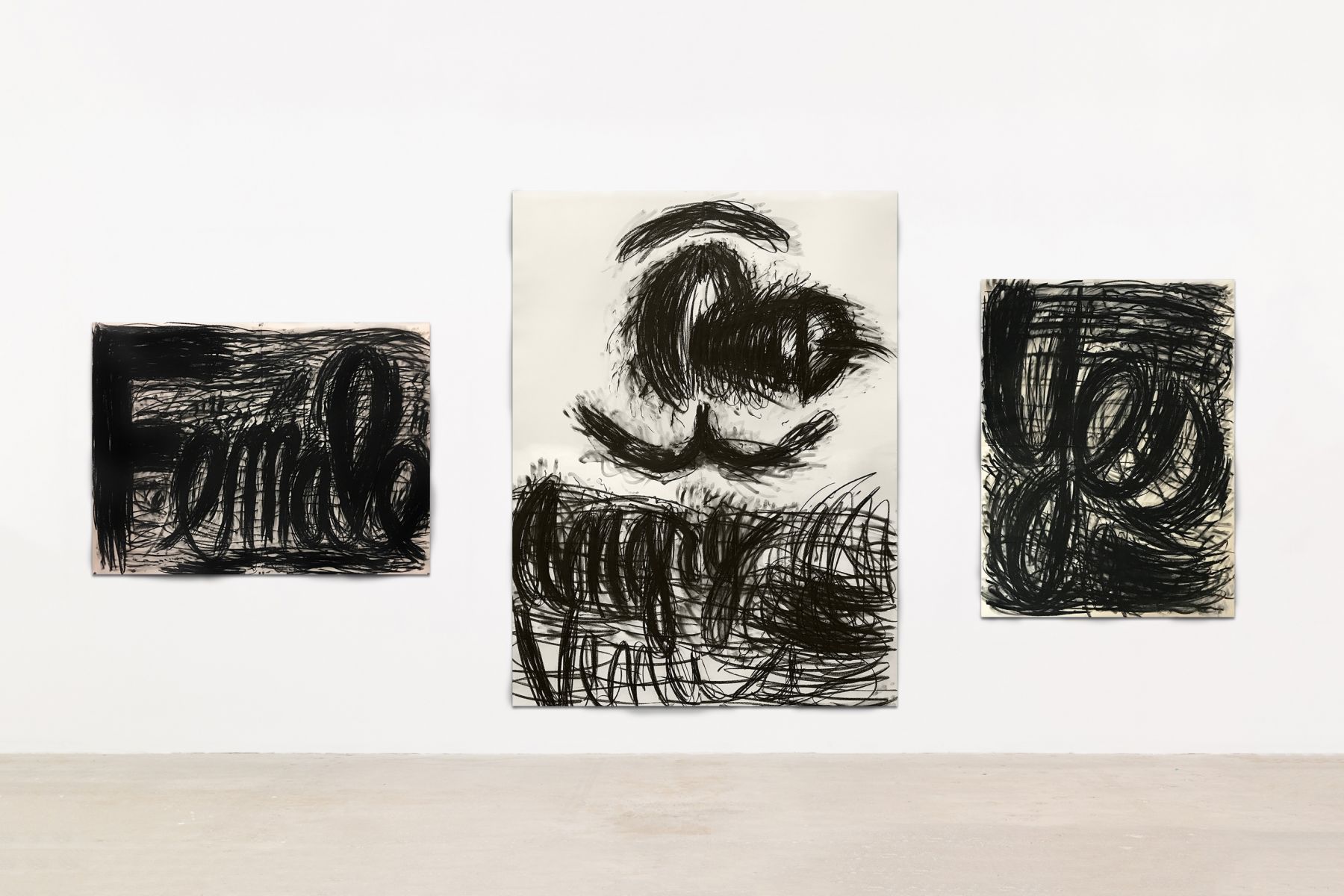 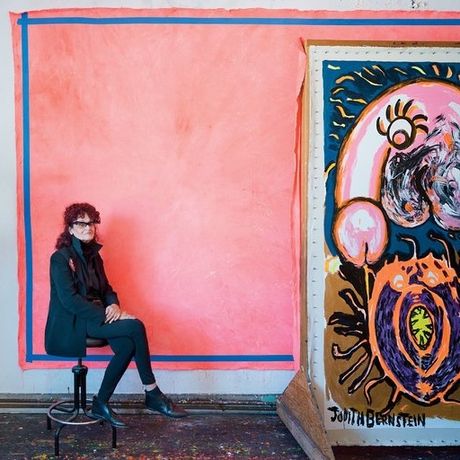 Judith Bernstein (b. 1942, Newark, NJ) lives and works in New York City. She received her BFA from Yale University, and her MFA from the Yale University School of Art in 1967, and her painting practice has been marked by an engagement with sexual and political activism. Bernstein was a founding member of A.I.R. Gallery, the first gallery in the United States to be cooperatively owned and operated by women, and has been involved with the Guerilla Girls, a group of radical feminist artists dedicated to fighting sexism and racism in the art world, since the group’s founding in 1985. Bernstein's work has been the subject of numerous solo presentations both stateside and abroad, including recent exhibitions at Karma International, Zürich; Foksal Gallery Foundation, Warsaw; Paul Kasmin Gallery, New York; The Drawing Center, New York; The Box, Los Angeles; Kunsthall Stavanger, Stavanger, Norway; Gavin Brown’s Enterprise, New York; Studio Voltaire, London; the New Museum, New York; and Mitchell Algus, New York. Her work is frequently featured in major group exhibitions, including recent presentations at the Smithsonian American Art Museum, Washington, D.C.; Museum Such, Switzerland; Venus Over Los Angeles; MUMOK, Vienna; and the Whitney Museum of American Art, New York. Bernstein’s work is held in the collections of numerous public institutions around the world, including the DESTE Foundation for Contemporary Art, Athens; the Brooklyn Museum, New York; the Jewish Museum, New York; the Museum of Modern Art, New York; The Whitney Museum of American Art, New York; the Carnegie Museum of Art, Pittsburgh; the Neuberger Museum of Art, Purchase; the Migros Museum für Gegenwartskunst, Zürich; and the Alex Katz Foundation, New York.